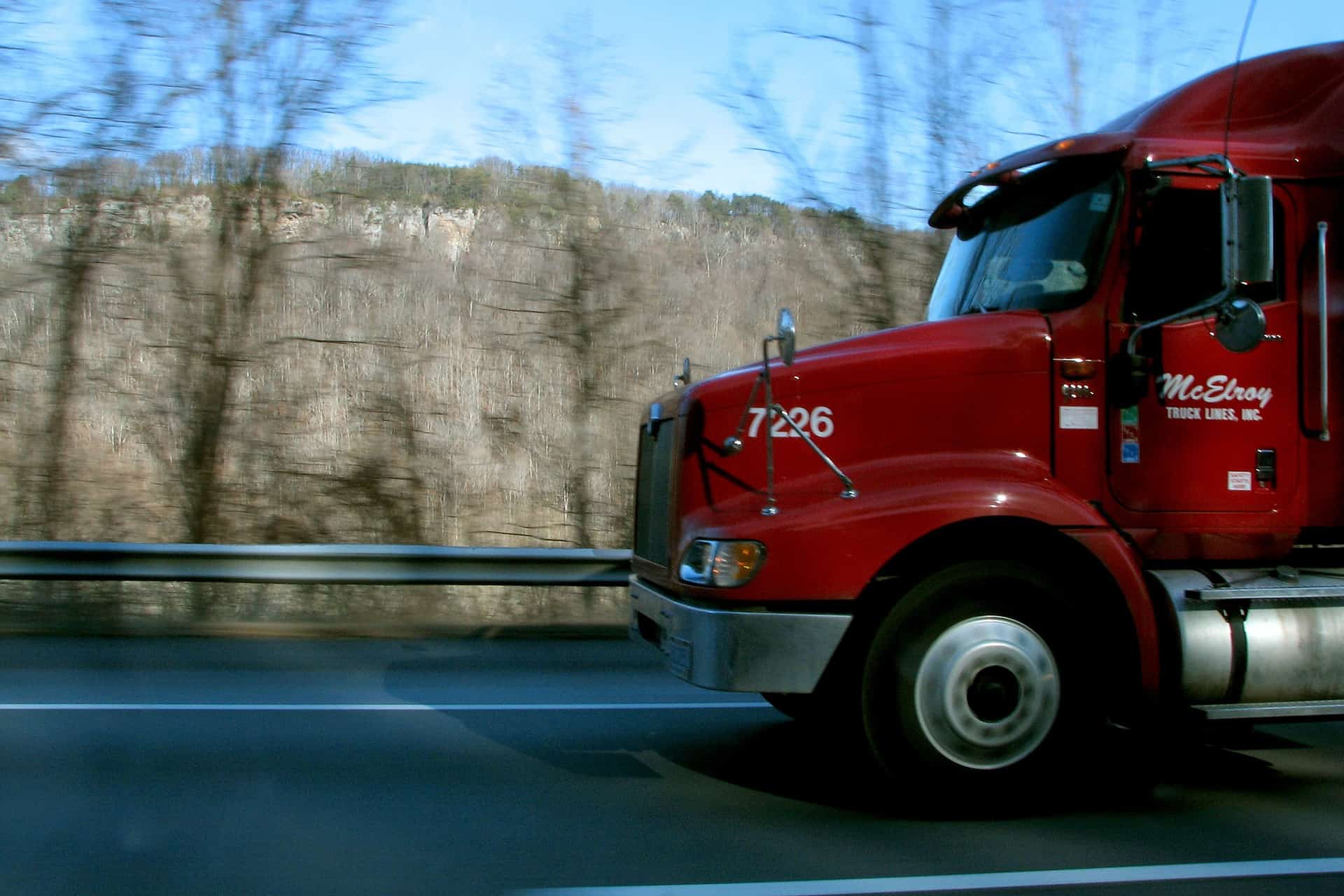 Dashboard cameras are feature-rich devices that are common in vehicles of all sizes. Especially for medium to heavy-duty vehicles like trucks, dash cams provide numerous benefits. For example, truck dash cams come with an onboard camera and GPS technology to ensure the safety of both the driver and the vehicle.

Fleets and owner-operators can use this footage for various purposes, such as preventing collisions, improving safe driving practices, training new operators, absolving innocent drivers from blame and more. There are many reasons fleet owner-operators should consider adding dash cams for trucks to their fleets.

Get the only AI dashcam that live coaches risky behavior and consistently decreases accident risk by 80% in 60 days. Ask us about insurance discounts available with our cameras.
Get Pricing

What Are Truck Dash Cams?

A dash cam goes by many other names, like an event data recorder, car digital video recorder, black box and in-car camera system. With a simple installation process of mounting the truck driver dash cam to the windshield or the dashboard, you can record your journey’s video as well as audio on some models.

Truck dash cams improve visibility on the road and prevent potential driving hazards. Drivers and owner-operators can use the high-quality video footage to report reckless drivers that they encounter on their routes. In case of an impending lawsuit, the recordings from truck dash cams become invaluable evidence that is admissible in court. They can help you protect your drivers by showing who is to blame in the event of an accident.

Importance of Dash Cams for Truckers

There are many reckless and unpredictable drivers on the road. But for owner-operators, contractors or anyone who is part of a large fleet, driving is their livelihood. One accident can put the driver’s license, as well as the integrity of the entire company, at risk. The stakes are too high, but a dash cam can provide the necessary evidence to protect drivers and fleets.

When accidents occur, perceived blame typically falls on the truck driver. Typically, courts determine liability based on the doctrine of negligence. Laws set by the Federal Motor Carrier Safety Administration also apply. Without proof, the driver will most likely receive the blame based on negligence. A truck dash cam can show how the accident actually happened and help clear the truck driver’s name.

There are two main types of dash cams for trucks. Owner-operators should understand the difference between the two to decide which one is best for their fleet.

Also called a road-facing or front-facing dash cam, a standard dash cam has one lens. It can be mounted on the dashboard and tilted near the windshield in a way that makes it possible for the camera to record the road.

All dash cams have different features, but the standard dash cam will show road conditions, other drivers on the road and the flow of traffic. It will also record footage that owner-operators or drivers can look at late, should the need arise.

A dual-facing dash cam does the same thing as a standard dash cam, but it has a second lens that records the driver inside of the cabin as well as the road. While the camera records the road, it also videos the driver to ensure they aren’t acting erratically, failing to pay attention or engaging in other dangerous behavior.

This additional footage can act as an excellent source of evidence that can be used in court if blame is placed on the driver as a result of alleged negligence. It can prove that the drivers were following the laws and driving safely, which is excellent to supplement with the footage that shows the road conditions as well.

Important Features To Have in a Dash Cam

Features will vary from one trucking dash cam model to the next, but there are a few key qualities drivers should look out for when reviewing the best semi-truck dash cams.

Use the dash cams with other telematics systems to encourage better driving. You can review daily driving footage of the employees on your fleet and make appropriate recommendations from there. For instance, if you see a driver braking too hard, tailing other cars too closely or switching lanes too often, you can use the data that was collected to train and coach the operator.

Some semi-truck dash cams will give you a better view of the surroundings and detect if someone is in the tractor-trailer’s blind spot. Parking a hauler, a reefer or an interstate truck can be challenging for newly appointed drivers. This critical tool can prevent unnecessary incidents both on and off the highway.

Most insurance companies accept dash cam footage to expedite pending claims. The HD video recordings eliminate multiple versions of the same event as they present the truth clearly and honestly.

This way, insurers won’t have to spend tedious amounts of time trying to investigate the situation. According to the FBI, you can indirectly reduce your insurance premium by preventing fraudulent claims that cost as much as $40 billion per year.

If the truck swerves dangerously or you lose control with no fault of your own, the outcomes can be disastrous. With driver-facing dash cams, your actions will be stored on the device memory, and you can prove the reality of the situation, such as scenarios in which your brakes failed. The repair shop or product manufacturer will be the ones who are accountable as the result of shoddy work or defective parts.

Even when you are careful on the road, accidents may occur due to third-party drivers. A motorist might cut off your truck, follow too closely to your vehicle or enter the wrong lane, resulting in a serious collision. They might have been driving under the influence of alcohol or texting behind the wheel, which could leave a dent in your vehicle. But luckily, with video evidence, you can prove the fault on part of the motorist.

Protection For Your Entire Company

Being a fleet driver can be dangerous, but it’s important work, and many people’s lives count on the work of fleet drivers. One bad accident can cause a driver to lose their license, insurance premiums to skyrocket and damage to the reputation of the fleet.

Dash cams provide a layer of accountability that can protect the driver and the fleet. They show an unbiased version of events that can be shown to insurance companies as well as the court to determine blame and identify the guilty party. So, protect your trucks, your drivers, and your entire company with trucking dash cams.

Do Truck Cameras Record All the Time?

Dash cams typically turn on and off in response to the engine’s behavior. However, drivers can turn them off while the truck is parked, acting as a surveillance system for the vehicle.

Where Is the Best Place to Mount a Dash Cam in a Truck?

Place a dash cam on the dashboard of the truck. Ensure that it’s angled properly so that it can capture a clear view of the road ahead.

Is It Worth Having a Rear Dash Cam?

Rear dash cams can show fault if a driver is in an accident as a result of another driver tailing too closely or acting erratically behind the truck. It’s basically an extra layer of protection, which is always worth it.

Are Dashcams Worth It for Truckers?