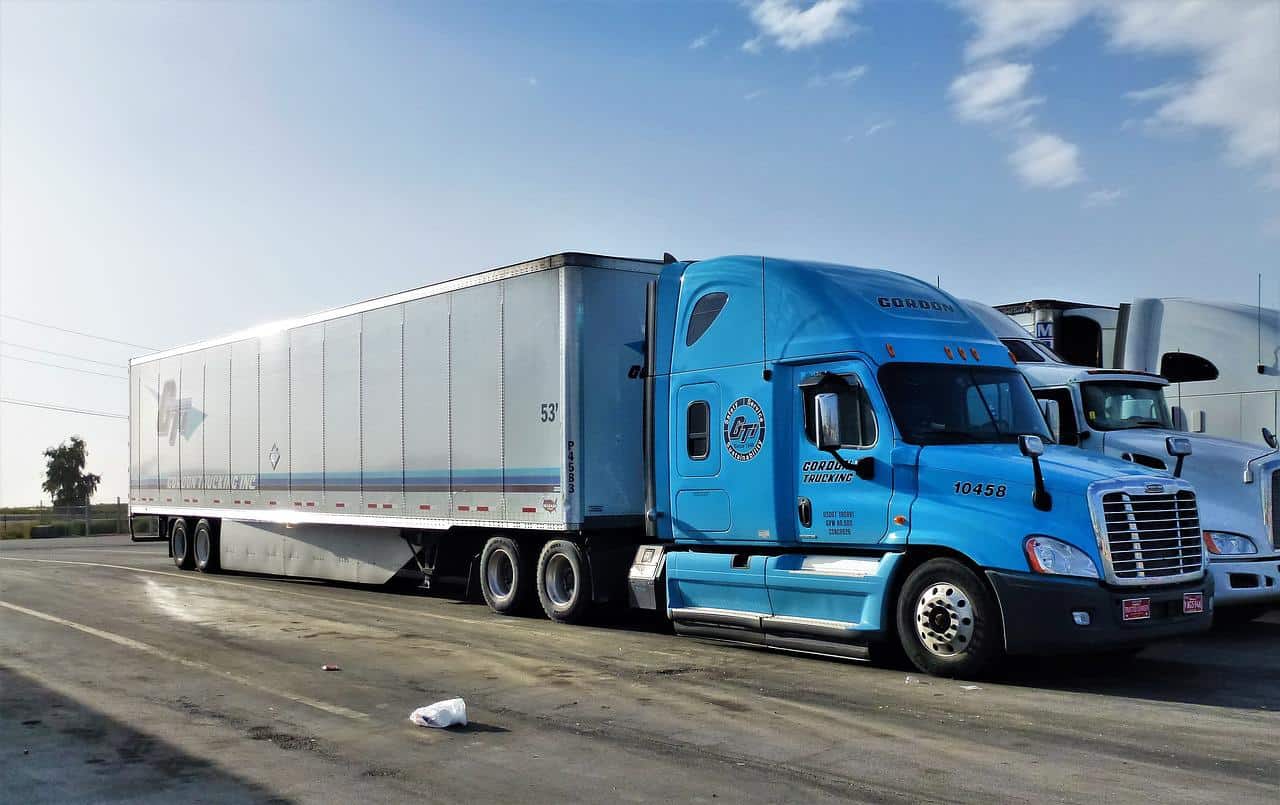 As a truck driver, you need diesel fuel to get your load from Point A to Point B. You’ll fill up on a regular basis to keep the wheels turning and income rolling in every day.

You’re unlikely to even consider the weight of the fuel until you roll onto a scale and your truck and load are over the legal limit. This means lost time and an unnecessary expense.

By now you’re probably wondering how much a gallon of diesel weighs and how to calculate the diesel weight per gallon. Read on and find out.

NO monthly service fees, NO credit score or SSN required, universal discounts, and a driver-friendly dashboard!
Sign up today to get the most for your fuel dollar!

What Is the Weight of Diesel Fuel?

A widely accepted guideline for truck drivers is that a gallon of diesel fuel weighs around seven pounds. Though fuel tanks come in different sizes, most truck diesel tanks take between 125 and 300 gallons of fuel.

There is a fuel tank located on either side of the trailer. The diesel is divided between the tanks to ensure even distribution of weight across the axles. Depending on the size of the tanks, a truck that has just filled up will carry between 875 and 2,100 pounds of fuel.

Why Is It Important to Know?

Trucks are subject to weight limitations. Weight stations ensure that drivers stick to the laws. Excessive truckloads can cause damage to public infrastructure so the authorities have set limits.

These controls hold for the transport of loads on the Interstate System. Any commercial trucks weighing in at 10,000 pounds or more must stop for weight inspections.

When you fill up, the weight of the vehicle will increase, affecting fuel consumption. In addition, if you’re carrying a load that is close to the weight limit you could fall foul of the law.

If you’re caught hauling a vehicle that is over the weight limits, you’ll not only pay a fine, but you’ll also lose time as you offload cargo and arrange for alternative transport to get the goods to their final destination.

Understanding the Location of Fuel Tanks

The diesel weight lies mostly on the steering axle or drives. Drop nose rigs typically carry their tanks under the cab doors on the frame. The tanks of long hood trucks are usually located beneath the bunk.

What are the Different Types of Diesel?

There are two standard diesel types used in diesel trucks in the U.S.

How Much Does a Gallon of Diesel Cost?

The current average diesel cost is $5.614 per gallon of fuel. The average cost of diesel fuel is rising rapidly with an average of $5.11 in April. What you pay for diesel will depend on where you fuel up as the cost of diesel differs from one state to another.

What Impacts the Weight of Diesel?

Measuring the weight of diesel is not as easy as you might expect. There are several factors that affect the weight to volume ratio.

Though the difference is very small, the weight of diesel will fluctuate at different ambient temperatures. As temperatures drop, the viscosity of the fuel will change. At 5° F, diesel can become so thick that it will clog your filters. It also gets heavier.

In warm temperatures of around 110° F, a single gallon of diesel will weigh about 6.8 pounds.

The American Petroleum Institute gravity otherwise known as API gravity measures the specific gravity or weight of petrol or diesel. It is an inverse measure of the weight of petroleum products against water.

There are three different gallon measures. How you convert your gallon to weight can cause a discrepancy. The imperial gallon is the heaviest but the U.S. gallon is the international measure.

Know the Weight of Your Diesel and Save Time and Money

If you’re a diesel truck driver, it’s important to know how to calculate the weight of the diesel in your tanks. Unless you do, you could fall foul of the law when weighing in. Calculating the weight isn’t that difficult.

As an easy calculation, start by multiplying the number of gallons in your tank by 7. In doing so, you’ll get a pretty good approximate measure of the diesel load in your tanks.

How To Increase Fuel Efficiency

What Are the Best Fuel Finder Apps?

What Does Fuel Efficient Mean?

NO monthly service fees, NO credit score or SSN required, universal discounts, and a driver-friendly dashboard!

Sign up today to get the most for your fuel dollar!

NO monthly service fees, NO credit score or SSN required, universal discounts, and a driver-friendly dashboard!

Sign up today to get the most for your fuel dollar!