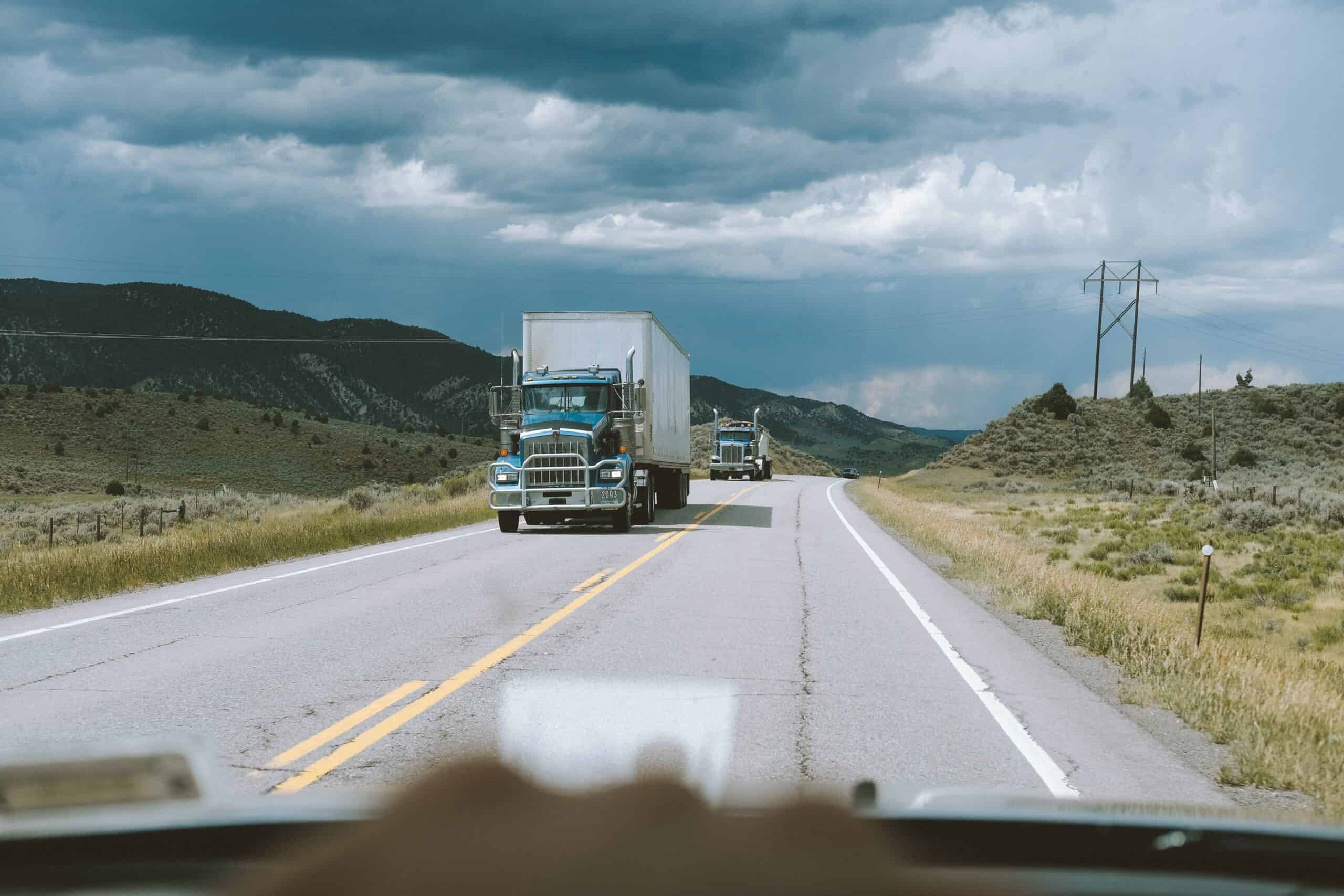 The ley lines of the shipping world and freight lanes reduce costs by connecting major shipping and transportation hubs. These recurring routes allow for logistically measurable key performance indicators, while also giving drivers a sense of familiarity and routine. Spanning the length of a country or city-to-city connection points, freight lanes take the guesswork out of trucking. 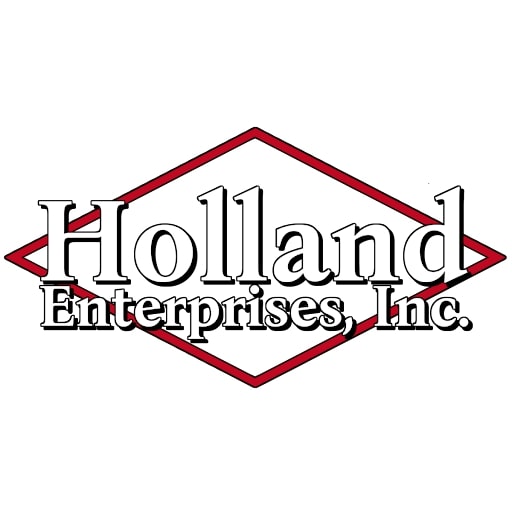 Don’t be treated like a number and come work for a company that treats you like the professional you are.
Apply Now!

What Are Freight Lanes?

Freight lanes are the recurring routes truckers use to remove the variable of the unknown from transport. Purely based on viability and preference, they streamline the shipping process for carriers and customers. A freight lane can be any transport route one chooses, but they’re typically chosen to meet the needs of the type of haul a carrier is making.

How Do Freight Lanes Work?

Rather than serving everyone everywhere, establishing or taking on an existing freight lane is fully dependent on the type of load you’re hauling. As with most things in life, not all routes are created equal.

Traffic, terrain, trucker concentration, and tolls all have an impact on the efficiency and viability of a route. Whether a carrier loves the open road or life in the fast lane, shipping lanes are generally chosen by owner-operators to then connect to larger hubs.

For short-haul trucking, owner-operators often pick their own trucking lanes. Due partly to the needs of their rig and the lifestyle they want to live, an owner-operator freight lane should have everything you want along the route for the sake of routine, and familiarity.

Owner-operator lanes generally include the food you want along the way, a love for some r&r, and a look with a view you won’t get tired of while you make your way to the larger regional freight lanes and national hubs that will connect you to longer routes.

National freight lanes are either end-to-end connective hubs, like New York to Los Angeles, or region-to-region in circular patterns, which allow truckers to establish home bases.

National freight lanes in the US are a part of the National Truck Network, which are roads made up of approved state highways, and interstates for commercial carriers. Established in 1982 by the Surface Transportation Assistance Act, the national network of highways is over 200,000 miles of federally regulated width and length standards for large trucks.

National freight lanes are oftentimes regulated by cities and states, and follow these general guidelines:

Though typically broken down by owner-operated, regional, and national shipping lanes, there are intrinsic differences within the combination of options available within whatever lane is being used. From load size to long haul, here are the types of lanes found in all freight lanes.

When referring to the size and weight of a haul, certain roadways are made for full loads while others only allow for partial loads.

Partial load shipping lanes are for anything less than a truckload or full trailer. Most partial load freight lanes are end-to-end, with fewer stops, transfers, and handling.

Though slightly confusing. Partial load (PTL) freight lanes are not the same as less than a truckload (LTL) freight lanes, simply for the fact that PTL doesn’t require a freight class, which removes the need for paperwork beyond receipts.

For full load freight lanes, 53-foot or 48-foot trailers are filled for end-to-end shipments, or with multiple stops containing up to around 30 pallets. Because of the expansive load size, full load shipping has a bit more red tape when making shipments.

Like standard owner-operated routes, dedicated expedited lanes for carriers are end-to-end shipments, but with a higher price point to the customer and a higher pressure tied to the carrier themselves. Also, these shipments often include the final mile that ends at the doorstep of the end customer.

Like owner-operator freight lanes, short-haul shipping lanes are shorter routes generally under 100 miles. Short-haul trucking lanes often deal with commercial routes for daily deliveries, which are highly competitive, but it also means you can spend the night at home.

Unlike short-haul shipping lanes, long-haul shipments mean longer routes and even longer days. Long-haul routes generally have dedicated lanes for carriers due to the distance, which means higher costs for the end customer but a lower cost-per-mile for the operator.

How Freight Lanes are Established

Based completely on necessity, freight lanes are only established where they’re needed and are basically built as fail safes to avoid oversaturation.

Locations with large amounts of land-based import/export operations are prime targets for dedicated lanes or carriers. Though truckers may want to avoid the congestion of a metropolitan, there are ways to calculate a profitable truck-to-load ratio that can find the route with the most bang for an operator’s buck.

Toll roads not only undercut the bottom line in fees but also lead to cutting into the time it takes to move through the congestion of bottlenecking at the booths regardless of the touchless EZPass options.

Though there are plenty of hazards in the world of trucking when establishing a shipping lane the terrain has to be something that is taken into account. When carrying thousands of pounds of cargo, gravity is not your friend on a steep incline, nor is momentum on an icy road.

Running on “E” is never advised in a vehicle, and that includes having an empty truck, having a recurring freight lane allows operators to maximize profit over cost by factoring in a route’s per-mile revenue.

Benefits of Freight Lanes for Carriers

With a dedicated freight lane, owner-operators can maximize their profit-per-mile by:

Save money with a Freight Lane

With an ever-growing list of consumer delivery services, international shipping snafus clogging up the Suez Canal, and higher concentrations of vehicles on the road steadily growing, there’s no reason you shouldn’t map out your best route for your buck.  Freight lanes save you time, money, and client nightmares that come from a wrong turn on an unknown road, and staying in your own lane gets the little stuff out the way. FreightWaves Ratings can help guide you to your best options to handle the rest, but the first step is getting there.

What Is a Carrier Lane?

A carrier lane is the recurring route truckers use for shipments.

What Is Lane Density in Trucking?

Lane density refers to the traffic flow of cargo coming through a carrier lane.

What Percentage of Truckers Are Female?

What Is the Air Brakes CDL Test?

How To Handle Damaged Freight

Don’t be treated like a number and come work for a company that treats you like the professional you are.

Join our team at Holland Enterprises

Come work for a family-owned company that treats you like a professional and not just another number.

Don’t be treated like a number and come work for a company that treats you like the professional you are.